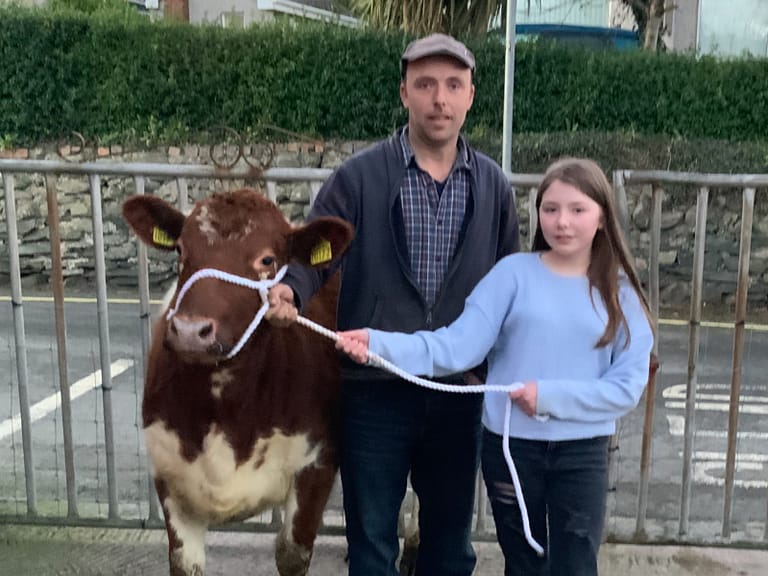 The draw for the heifer took place on Christmas Eve along with two other prizes the winners were Aidan Murphy who won £100 and Donna Kelly who won £50.

Robert Boyle donated the heifer in 2019 to help raise funds for the Irish Moiled Cattle Society. The heifer was named ‘Beechmount Eve’ by facebook followers on Christmas Eve in 2019. It was hoped to sell tickets at the 2020 summer shows, but unfortunately due to the pandemic all shows were cancelled. The draw for the heifer was changed to Christmas Eve 2020.

The IMCS Society would like to thank Robert for his very generous donation of a potential show winning heifer and for taking the time to keep her in tip top condition also to Robert’s wife Flo for taking videos and photos of Beechmount Eve to help with the promotion.

The IMCS Society is also very grateful for the commitment and support from everyone who either sold, purchased raffle tickets or gave donations. A huge thank you to all.