Horns
Irish Moiled cattle are naturally hornless i.e. they are a polled breed. Indeed, the breed’s every-day name of ‘Moile’ is derived from the Gaelic language and relates to the distinctive dome on top of the head i.e. a pointed hornless head.  However, the 1980’s saw a revival of the breed, and at that time a grading up system was put into place to assist with the revival, which has allowed the introduction of the horned gene into the breed.

Fortunately, this introduction has not had a significant effect on the breed (i.e. Moiles are still hornless) because the polled gene (P) is dominant to the horned gene (h).  Hence, if a true polled animal (PP) is crossed with a horned animal (hh) the outcome is still a polled calf, however, the calf would be a carrier of the horned gene (Ph). Due to the introduction of the horned gene into the breed, all breeders need to be aware that there is a small possibility that an Irish Moiled calf could be born that develops horns.

Most Irish Moiled cattle can be expected to be true polls (PP), however, if two animals that are both carriers of the horned gene (Ph) are crossed with each other, one would expect a horned calf (hh) to be born at least once every few crossings.  The Irish Moiled Cattle Society recommends that all breeders’ check all calves around one month old, buds of horns should be detectable at that age if an animal is going to develop horns.  If a breeder does detect buds of horns, they should contact the Society and report their findings.

If horns are found to be growing on a Moile calf, the calf will be refused registration by the Society or the calf will be deregistered if already registered.  The calf should be DNA parentage proven, and the sire of the calf, if found to be a registered Irish Moiled bull, will also be subject to deregistration as this animal would be a known carrier of the horned gene and would have the potential to pass on the horned gene to many offspring.  The Society will set a date after which any calves born out of the deregistered bull will be refused registration.  Calves born before this date will be eligible for registration, provided they are hornless.

The Irish Moiled Cattle Society does not tolerate horns in its breed, and its aim by refusing registration of calves with horns and by deregistering bulls that breed calves with horns, is to help eliminate the horned gene within the Irish Moiled breed.  The ultimate intention of the Society is to make sure that all bulls are free of the horned gene by carrying out a specific DNA test before registration.  Such a test is available for several other breeds however, the test is breed specific and must be developed for each breed individually. At present this is an expensive development programme which the Society is unable to fund and a commercial company is unlikely to earn a return from developing a test due to the low numbers of Moiles, so the project will not go ahead.  The Society will remain alert for the opportunity to enter a research programme to develop a specific test for its breed.

Scurs
Scurs are defined as horney tissue which are generally loose and moveable but may become attached to the skull in older animals.  There is a large variation in the size and growth rate of scurs. Bulls generally show more prominent scurs than heifers, but sometimes even in bulls the scurs can be so small, like a scab, that they are hard to see even on close examination. Careful examination at 12 months of age will usually reveal scurs on bulls if they are going to have them.  Some females don’t show scurs until they are 18 months of age or older.

Even though Irish Moiled cattle are naturally polled, as far back as records were kept, occasional scurred Moiles have been reported and indeed it is documented in the 1936 rules of the Society that scurred Moiles are acceptable for registration. However, following recent occurrences, the Board of the Society has decided that scurred animals should be dealt with similarly to horned animals.

All breeders need to be aware that the development of scurs at around 12 months of age, especially in bulls, will occur in a very small proportion of animals.  Also, breeders who are buying young bulls need to be alert to scurs.  If breeders detect a young animal with scurs they need to contact the Society and report their discovery. The Irish Moiled Cattle Society is trying to bring its breed forward and wants to eliminate scurs from the breed.  If a young scurred bull is detected it cannot be determined which parent passed the scur gene on to the young scurred bull as only 1 scur gene is needed to express scurs in males, so no action by the Society will be taken against that animal’s sire. Since the Board of the Society decided to deal with scurred animals in a more vigilant manner, there have not been any occurrences of a scurred Moile female.  However, if or when this does happen, and knowing that 2 scur genes are needed for a female to be scurred, one from each parent, it will raise the discussion at a Directors’ meeting to decide if action should be taken against the scurred female’s sire, a known carrier of the scur gene with the potential to pass the scur gene on to many offspring.

Example of scurs on a young Irish Moiled bull 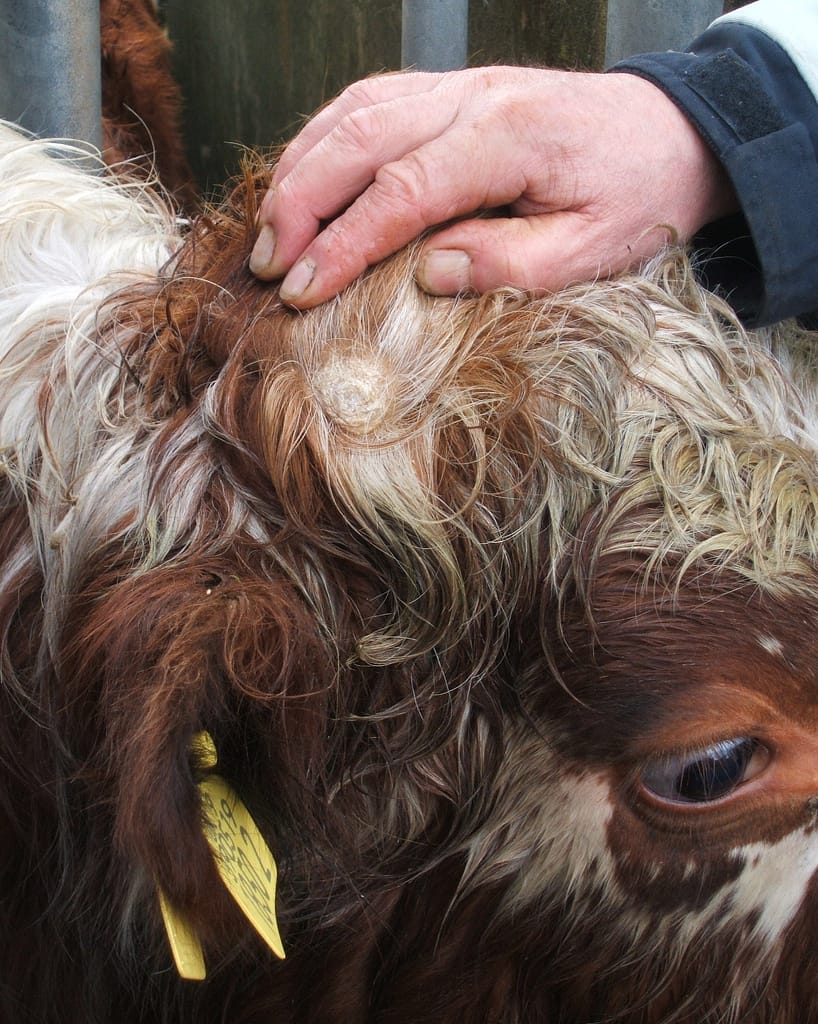 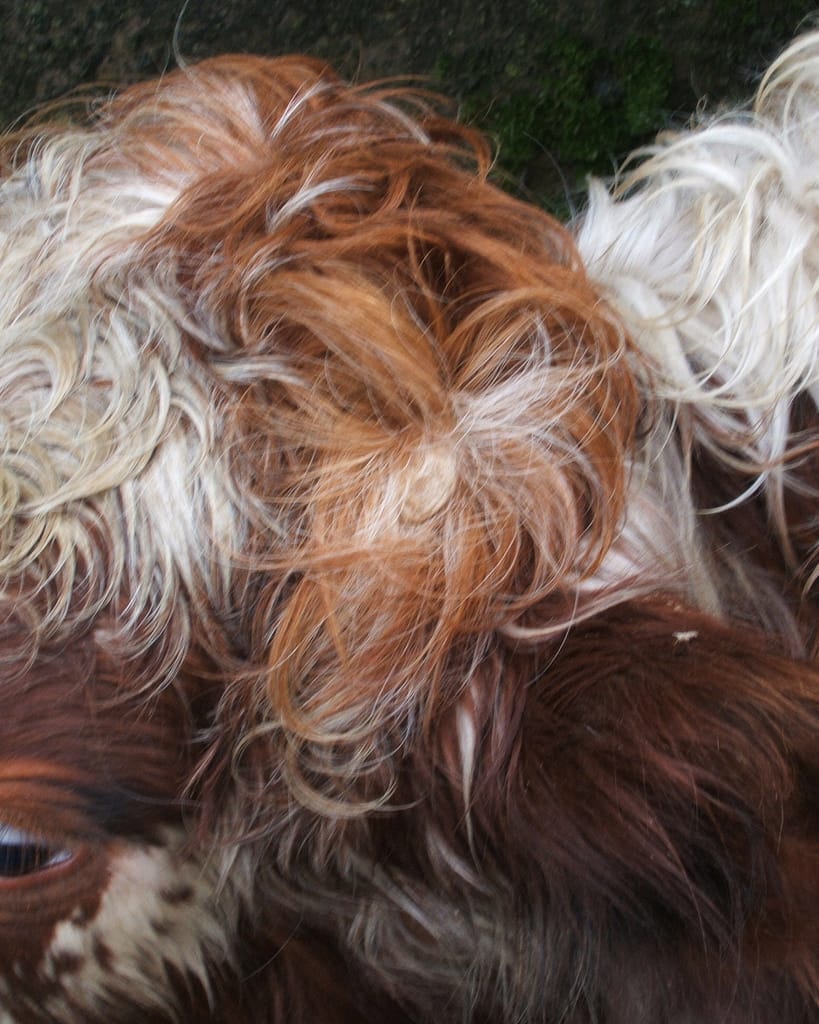